(For the TLA July journal)

Since the beginning, it’s been a goal of the Skidaway Farms’ Governance Committee to have a central pavilion inside the Farm that could be used for Farmer meetings, picnics, or just to get out of the hot Savannah sun.  This major project had to be put on the back burner while the Farm got established, the electric fence got installed, and the construction bills got paid.  But now, the plans to construct our pavilion are back on the drawing board!

Chair, Blake Caldwell will be spear-heading a major fundraising effort to finance this project.  And towards that end, the Farm is excited to announce that Farmer, Cathy Adler has been named to the new Committee position of Event Coordinator.  Cathy is a skilled fundraiser and event planner…the Farm’s Wine Pairing Evening and Cha Bella Auction Dinner were both highly successful events due to Cathy’s direction.  She has lived in the Landings for the past eight years and is CEO of Carolina Pharmaceuticals.  During Cathy’s tenure as President of The Ships of the Sea in downtown Savannah, the museum completed its new event center and this month, will host the opening reception for its new North Garden.  Skidaway Farms is lucky to have Cathy onboard as we gear up to get our pavilion built!

The Farms’ pavilion will be an open-air structure situated in the middle of Valley Crest Square inside the Farm.  Tables, benches and ceiling fans will be designed so that getting out of the inclement weather won’t be a challenge for those seeking a break from the humid Georgia weather!  Blake’s son, architect Scott Rosenstock is designing a structure that will be efficient, elegant, weather-proof and attractive… it won’t be a barn, but we will host a “barn” raising party just the same!

The Farm will partner with Habitat for Humanity of Coastal Georgia in the construction of the pavilion.  This work will be scheduled around their humanitarian home-building projects and won’t interfere with any of their charity works.  It just so happens that many of the carpenters and other workers for this chapter of Habitat for Humanity are Landings residents and Skidaway Farmers, including Virginia Brown who is Habitat’s Director in the Coastal Georgia Area.  We have some great folks who live on our island!

Come on down and visit the Farm!  The gates are open 7am-8pm every day.  Directions are on the Farm’s website at www.skidawayfarms.net

For The Landings Journal, June 2011 Skidaway Farms NEVER looked better than it did one Sunday evening in May! With the perfect […] 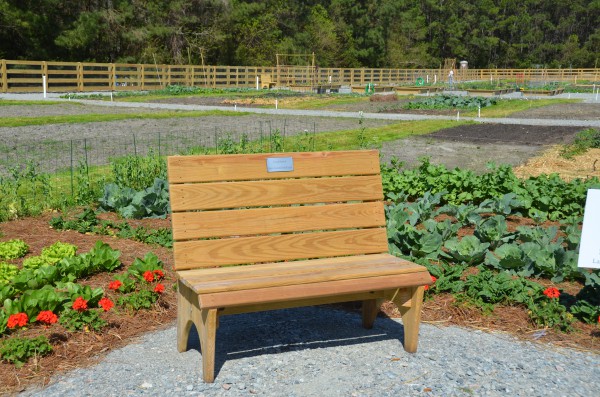