Skidaway Farms made the Savannah Morning news last week.  Blake and Janet were interviewed about the history and goings-on at the Farm while they gave the reporter a tour among the plots.  Check out the article below from the newspaper’s website.  Between this coverage and the recent TV interview Janet gave on Fox news (that link is in the left column on this home page) the Farm is getting used to be in the limelight!“Ring….Ring….is that Hollywood calling?!” (7/6/2011)

Friendship formed over rows of vegetables

By  Rich Wittish/For the Closeup

A community garden on Skidaway Island is doing more than providing residents with the opportunity to grow vegetables – it’s also sprouting relationships. “People
are meeting and developing friendships while beginning to do projects together,” said Janet of what’s happening at Skidaway Farms, a  2-acre complex of garden plots that opened in mid-February on the northern end of the island.

Janet, who’s vice chairman of Skidaway Farms’ Governance Committee, cites as an example the camaraderie that’s grown among the OG Wannabes, a group of more than 50 folks
who farm 47 plots in the garden’s organic section. “They get together every month for meetings,” said Janet, who’s also the garden’s
organic coordinator. “They visit other farms, they watch movies and have potlucks.”

Blake Caldwell, who chairs both the Farms’ Governance and Development committees, points to the  friendships forged among those who helped construct the garden during January
and early February by volunteering to clear debris, till topsoil and spread gravel.  “Every day, we had between four and a dozen volunteers out there,” said Blake, referring to a group
that included “little old ladies doing manual labor.”  “It’s a whole new community of people becoming friends,” she said of the garden.

At least 200 people are involved in working the 183 10-foot-by-20-foot, ground-level garden plots and 11 raised beds at Skidaway Farms, said Blake, with all of the existing plots and beds rented out.  The farm is open to all residents of the island, and the plots are leased for a year at a time, with the rent set at $100 per plot. The lease for a raised bed is $250 a year. Each new farmer pays a one-time capital fee of $50, and a single plot can be shared by as many people as desired, with one person being designated as the plot’s “farmer of record.”

When I visited Skidaway Farms in late June, the plots and beds looked lush and productive, due greatly to the garden’s 60-foot-deep(cq) well and its irrigation system. Those and a fence designed to keep deer and wild hogs out of the plots are parts of an $80,000 investment that also included the importation of 600 tons of rock and 500 cubic yards of topsoil.  The
plots have already yielded an abundance of tomatoes, corn, squash, cucumbers, eggplant, field peas and bush and pole beans, according to Janet and Blake.

“We’ve been eating stuff out of the garden for three months,” said Blake.  She said the impetus for Skidaway Farms grew from the desire of residents of The Landings, the upscale residential community that covers much of the island, for a community garden.  Although some Landings residents grow vegetables at their homes, Blake said “gardening successfully” in the community is difficult because of two prolific entities: The deer that eat plants and the shade afforded by the area’s myriad trees.

The need for a community garden showed up on surveys of residents taken during the first half of the last decade by The Landings Association, which represents the community’s homeowners, and, said Blake, it caught the attention of Shari Haldeman, the association’s general manager and chief operating officer; Paul Kurilla, the director of The Landings’ public works department; and Jerriann Kirkwood, the president of the Skidaway Audubon conservation group.

“They set about to try and find a piece of property,” said Blake. That site turned out to be a one-time sod farm just off Modena Island Drive owned by The
Landings Club, the organization that manages amenities at The Landings.  After arrangements were made in early 2010 for the site to be used as the community
garden, the Development Committee was formed, and its members worked from April  of that year until this February to plan and build Skidaway Farms. Local landscape architect Valerie Hinesley and Blake’s son, Scott Rosenstock of Seattle, collaborated on the design of the garden, and the project received huge boosts in the form of the volunteer efforts of Paul Kurilla and of a $30,000 in-kind contribution from ValleyCrest, the landscape company that maintains The Landings’ public areas.

“ValleyCrest,” according to the Skidaway Farms website, “contributed more than 500 hours of manpower, all necessary equipment, and tremendous expertise. Paul Kurilla of public works volunteered countless hours to supervise every aspect of the construction and drive the tractors as well.” 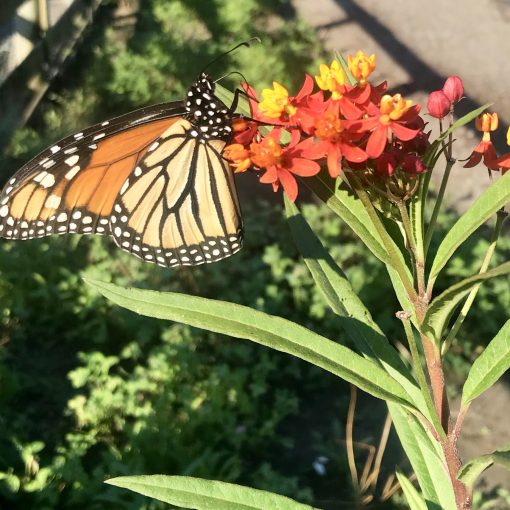 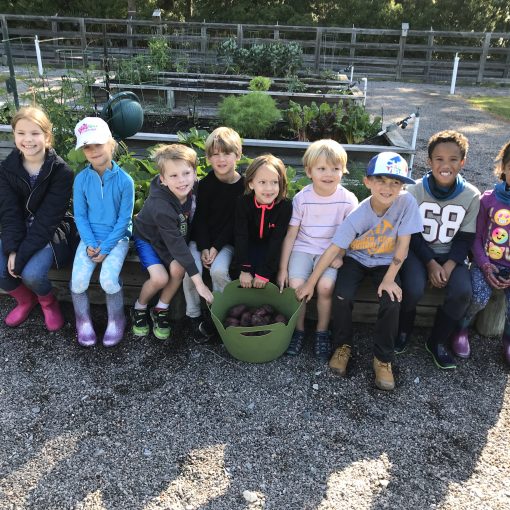 Growing tomatoes is a complicated, sometimes frustrating task.  And here in humid Savannah, it’s even more of a challenge… seeing that tomatoes […]